It was a fine Saturday evening after a day of light gardening and laundry when Tanatswa Mpala felt a sharp throb in her lower abdomen followed seconds later by the breaking of waters, it was time, time for motherhood.

Her baby was two months early, she still had a lot of baby preparation shopping to do with hopes pinned on doing her final shopping in South Africa beginning of May. This had all come to naught with an extension on the Covid 19 precautionary lockdown. She had no option but deliver with five napkins, one hat and a baby towel to her list.

As the world yesterday celebrated God’s gift to humankind, motherhood, it is in such a season, whereby the world has been crippled by Covid 19 threats, that attention is due to be given to expecting mum’s in Zimbabwe.

Across the world, the pandemic unexpectedly forced shut a number of borders and travel restrictions were put into place. As for the Zimbabwean scenario due to a dead industry and little next to no production, the general populace relies on clothing imports from South Africa, China and Dubai.

The shutdown of movement and shipping as well as closing down of shops has heavily weighed on a number of expecting mothers leaving some stranded with not much to clothe their babies with.

Post on Sunday came across a seemingly puzzled and confused middle aged man a day before mother’s day. Mr Freddy Mutiza is a confessed happy but confused new father. He had been sent out shopping before baby wear as he awaited the discharge of mother and child from St Joseph’s Mission hospital in Mutare.

” My wife has just delivered our first born child and we had not done much in preparation. I had anticipated to go to South Africa in April where a cousin not mine was to help me with the baby shopping.

” Now I’m not sure where to get all I have been asked bro buy worse still whether I am buying the correct items,” confessed Mutiza as he bought two napkin pins from an informal trader who had opened up by the roadside.

Tendai Chinyande Gowera, of Bump and Baby said most expecting mothers were forced into panic buying for fear of running out and being left stranded thereby cleaning bout shelves in the baby wear industry.

“There has been quite an increase in the demand of baby wear and other baby essentials during this time driven by the panic buying.

“Many mothers and expecting mothers feel forced to buy in more quantities than usual due to fear of running out. This has led to a decline in supply for those shops that can still operate under the given circumstances as they quickly run out of stock,”said Gowera.

She went on to note that the lock down period was quite a challenging and anxious time for expecting mothers who most have been left guessing on what is to become.

“The lockdown period has made it difficult for mothers to access products they ordinarily would struggle to access and this leaves them feeling quite uncertain, vulnerable and worried about their babies. Expecting mothers fear they will get to delivery date without having all the preparatory essentials for both themselves and their babies,”she added.

Glenda Dhlamini, owner of Fabulous Nine said no one was prepared for the shutdown both suppliers and consumers leaving quite a number of expecting mothers stranded.

“From the way I see it, no one was quite prepared for the lockdown, from a business perspective as well from the consumers perspective. We had plans to restock product using our normal business cycles and most expectant mothers were buying preparation items one month at a time. Unfortunately some became stranded as they could not go to their usual stores for supplies be it locally or across the borders,” she said.

She also noted shifts in consumer dynamics with people forced to shop locally this promoting local suppliers and products.
“Whilst a number of people have always relied on South Africa to buy maternity and baby essentials they were all of a sudden left with no choice but to rely on us local providers.

“Community WhatsApp groups were set up and in no time people were referring each other to us. We took the opportunity to showcase our products and prove that our products were quality ones and comparable to South African retailers as we generally use the same suppliers,” she added.

This was however met with a challenge of high demand against limited stock as most suppliers were unable to restock due to travel bans.

Dhalmimi added that consumers had realized that they could shop in the comfort of their homes and businesses were going to have to rethink their strategies to make deliveries a key part of their budgets. 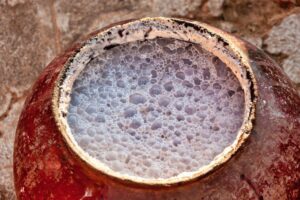 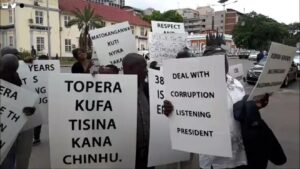 The Nozzle Eye Of the Zimbabwean Socio-economic Status. 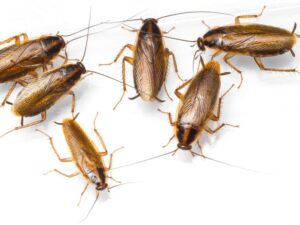 How To Deal With Wall Gekos & Cockroaches 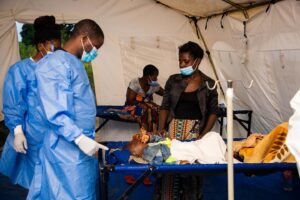