The Zimbabwe Republic Police has arrested six armed robbers in a shooting which occurred in Harare,Mutoko and Macheke.

In a press statement issued by the Zimbabwe Republic police, it stated that the suspects stormed a house in New Marimba ,Harare armed with a big hammer , bolt cutter and a pistol before robbing the occupants us$500_00 cash ,itel p37 cellphone with econet line and 42inch plasma television.

“The complaint met the suspects who fired a shot to scare him and they fled in a gateaway car”.

“Investigations by police led to the identification of one of the suspects through the dropped cellphone” ,said Zimbabwe Republic Police.

The statement went on to state that the investigations by the police led to the identification of one of the suspects through the dropped cellphone.

“On 25 March 2021 police detectives followed up suspects at Kuwadzana 1,Harare and the suspects fired shots towards the detectives resulting in a shootout”.

The two were arrested before the recovery of a Smith and Wesson on pistol with a magazine of three rounds, ZR Police said.

Meanwhile the Zimbabwe Republic police is conducting operations to sniff out armed robbers country wide and will not rest until such criminals are brought to book and criminals are warned from resisting arrest and firing at the police as an appropriate measure of force will be retained.

ZIFA, Coaches Can Not Serve Two Masters At Once 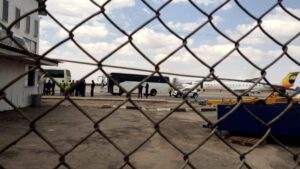 Go and Register to Vote

You may have missed

ZIFA, Coaches Can Not Serve Two Masters At Once 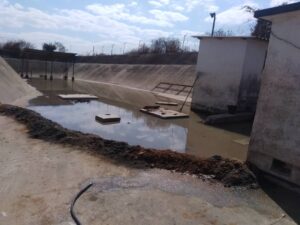 Council Pumps Out 40tones Of Sand From Sewer Every Month